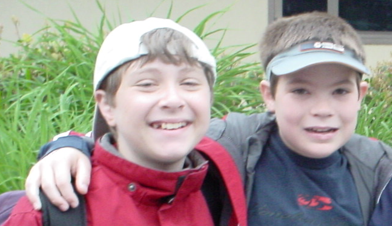 Because Josh is an adult, I had to relinquish control of navigating the red tape to Josh. To my surprise, Josh took the lead. He contacted several professors to try and find a sponsor. He was turned down. He sent emails to the Chairman of the school, who did not respond. After several weeks of rejection, Josh went by the Chairman’s office. The Chairman’s secretary told Josh he would have to send at least three emails.

With perseverance, a few weeks later, Josh finally spoke to the Chairman of the film school. They set up a meeting. Josh showed, up but the Chairman was speaking with someone else in his office. Josh left but asked the secretary, “To please let the Chairman know that I stopped by.”

Feeling bad, the Chairman then contacted Josh by phone to arranged for a call that evening. Josh asked me to write up a script, so that he would know exactly what to ask. That evening, Josh spoke to the Chairman on the phone. The Chairman was supportive of the idea, and asked Josh to send him some additional information by email.

The next morning, we worked on the email. Josh suggested mentioning me in the email, not as his mother, but as the President of the Orange County Asperger’s Support Group. I thought that was clever. I also felt good that he valued my role with OCASG.

Well Thanksgiving happened, and all communication stopped. A week later, I was kind of worried. I spoke to Josh on the phone, and he said that he planned on going by the Chairman’s office to follow up.

But coincidentally, the Chairman called him that day. Josh stopped by the Chairman’s office on his way to class. The Chairman’s secretary informed Josh that he would need additional information. Josh called me. I supplied the missing data. Working with the Secretary, Josh completed the paperwork.

Josh Plays a Trick on Me

Later that day, Josh called me up. “Mom,” he said. “I need one more piece of information. Would you please check online to see what courses I am signed up for the Spring semester?”

I logged into the CSUF website. I started reading off the courses, “Black Representation in Film,” I started. “Production 2,” I continued. “Independent Study, Josh you got in!” I exclaimed.

Josh laughed, “I know. I wanted to surprise you. The Chairman of the department, is going to be overseeing the independent study.”

Earlier that day, I got a text from my friend Diane. She informed that her son Josh was approved for the independent study by Art Department.

So, as it stands now, both Josh B. and Josh C. will be together once more this January, to take the REEL People course.

I am so happy and proud. Happy that Josh got accepted into the program. Proud that Josh made it happen. Being able to self-advocate is critical for our kids. I am pleased that Josh is demonstrating the ability to understand motivations, communicate, and persevere.

Of course, I am still keeping my fingers crossed that there are no unforeseen surprises.